For this third edition, dedicated to the Neutralization theme, ROBOOST and its consortium of complementary solutions (MULTI-LAYER DOME) have been selected by the SGDSN expert panel as part of the call for proposals related to "Neutralization of Malicious Drones" in the context of the PARIS 2024 Olympic Games.

The systems shall be able to handle the most sensitive attack scenarios (4G piloting, autonomous navigation, swarm flights ....).

The neutralization components of the consortium will be associated with ADP solution (Hologarde). ROBOOST and DroneBlocker will also be present with their partner THALES.

The Safe cluster informed ROBOOST in September 2019 of the labelling of 6 technological bricks out of the 11 proposed under its consortium. 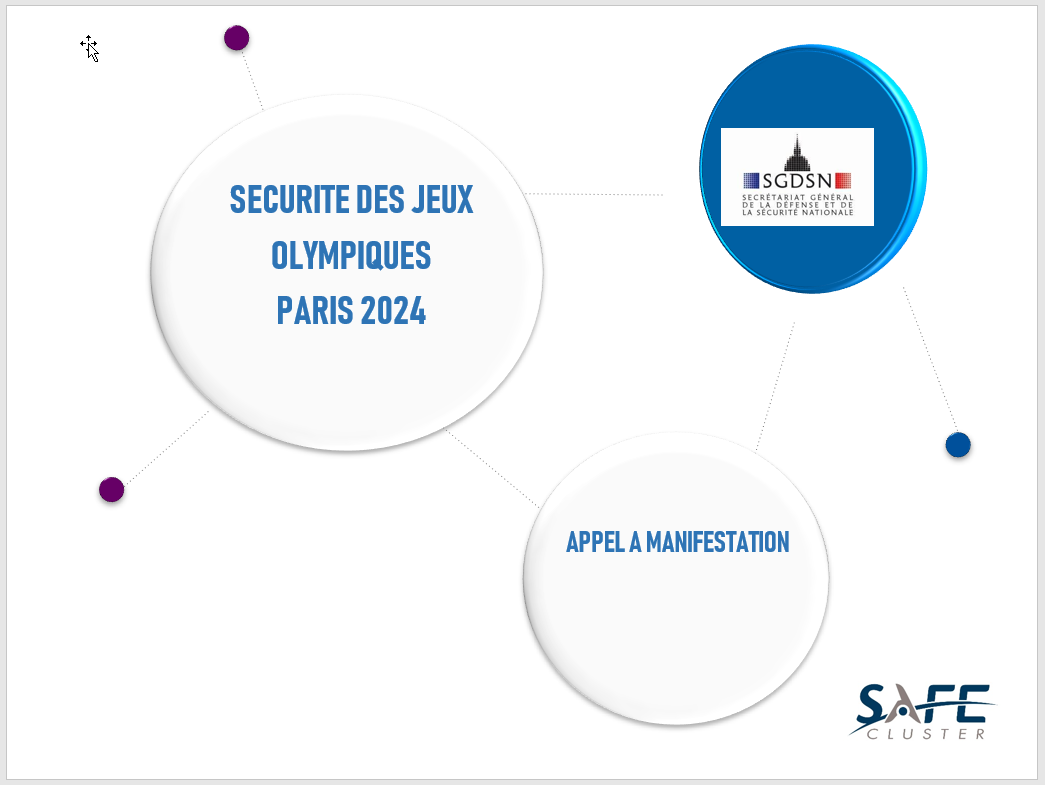 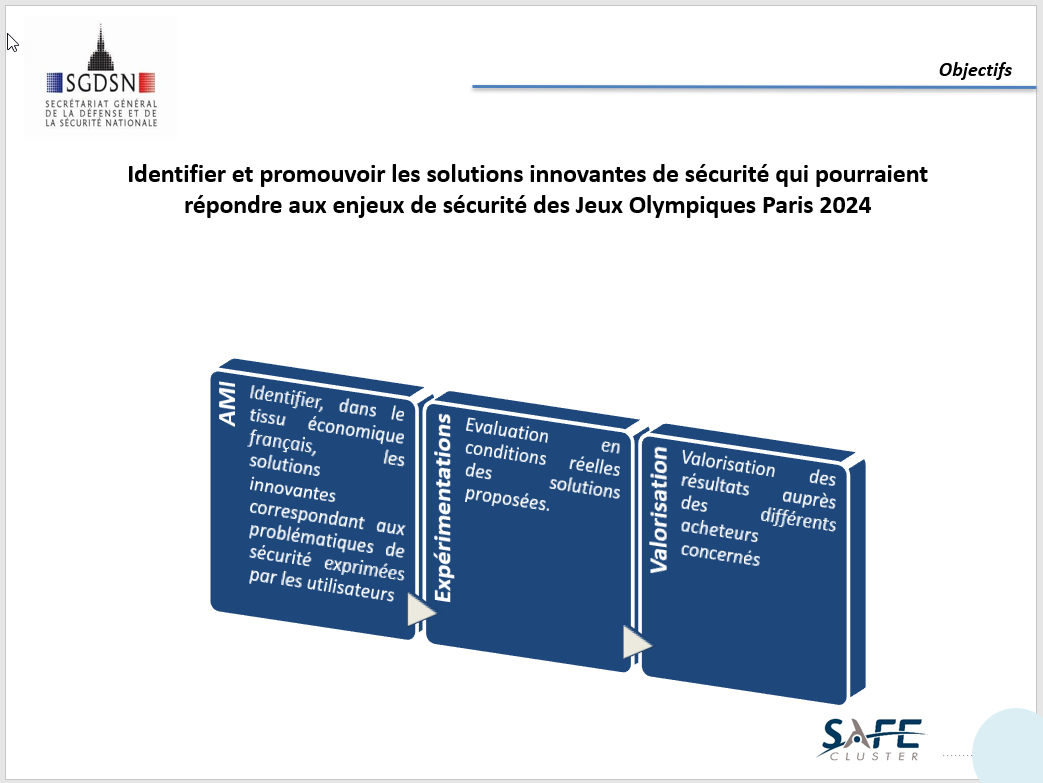 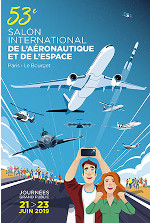 DRONEBLOCKER, selected by ADP Groupe, ensured its first missions as a sub-system of HOLOGARDE .

DroneBlocker was deployed to reinforce the Air Defence system during the 2019 Paris Air Show and also during the ceremony of July 14, 2019 on the Champs Elysées.

During the first "Drones Paris Région Expo" exhibition in Brétigny from 27 to 29 September 2018, then during the second International Seminar on UAVs and Sensitive Sites in Avignon on 3 and 4 October 2018, the two partners THALES and ADP Group announced that the DroneBlocker system would join the LAD system planned to be installed on Charles de Gaulle airport.

Deployments of tethered UAV system were initiated in various sites with ALTAMETRIS in 2018, including a concert hall in Paris-Bercy.

ROBOOST participated to the first Anti Drone International workshop in Avignon on November 7th and 8th, 2017 related to detection, identification and anti UAV technologies, and was present again during the second international seminar on UAVs and sensitive sites in Avignon on October 3rd and 4th, 2018.

This operation was conducted in partnership with Thales and ADP. 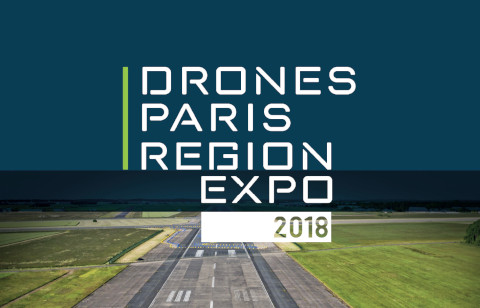 ROBOOST, and its partners THALES and ADP, presented DroneBlocker during dynamic demonstrations to governmental and private industrial delegations on the 27th and also on the 28th of September 2018. 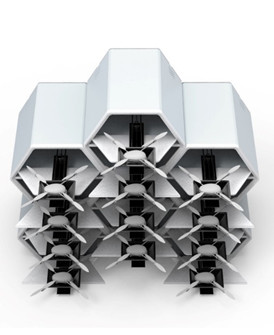 For their activities in robotic surveillance and protection systems dedicated to sensitive public and private sites, Drone Hive offers innovative and high-performance solutions that are now deployed in France and abroad.

Dedicated to protection missions (surveillance watch), to alarm verifications and safety (inspections), the Hive ensures easy to use and automatic take-off phases, mission orders, landings, data transmission and autonomy management (battery recharging) via a web platform. Roboost is associating the Drone Hive in its integrated solutions. 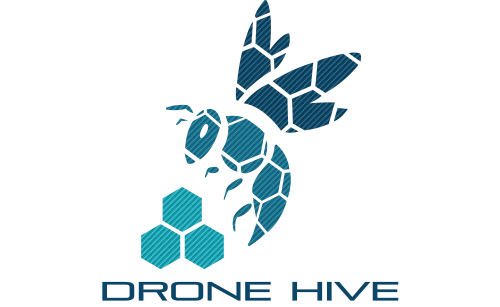 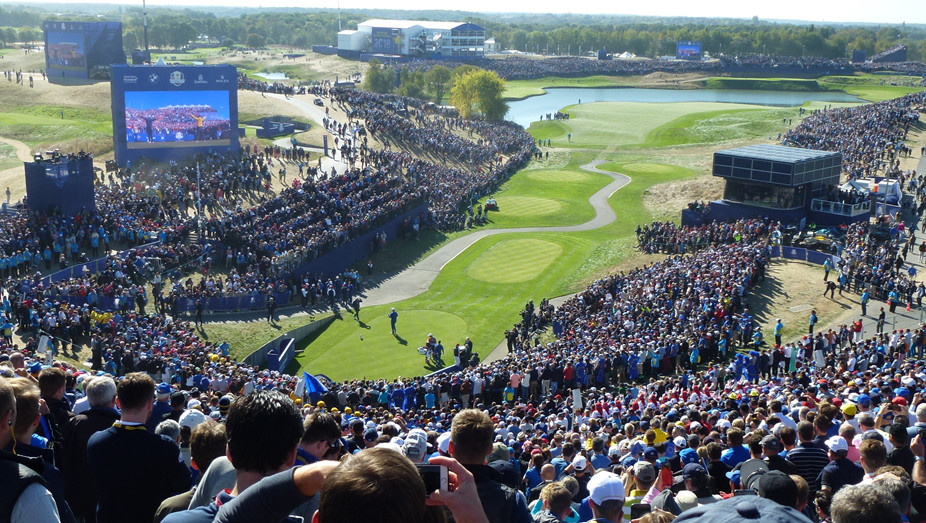 DroneBlocker wifi was operated by the GIGN as part of the system deployed during the Ryder Cup in Saint-Quentin en Yvelines.

ROBOOST presented all its activities during Eurosatory Exhibition from 11 to 15 June 2018 in Paris. 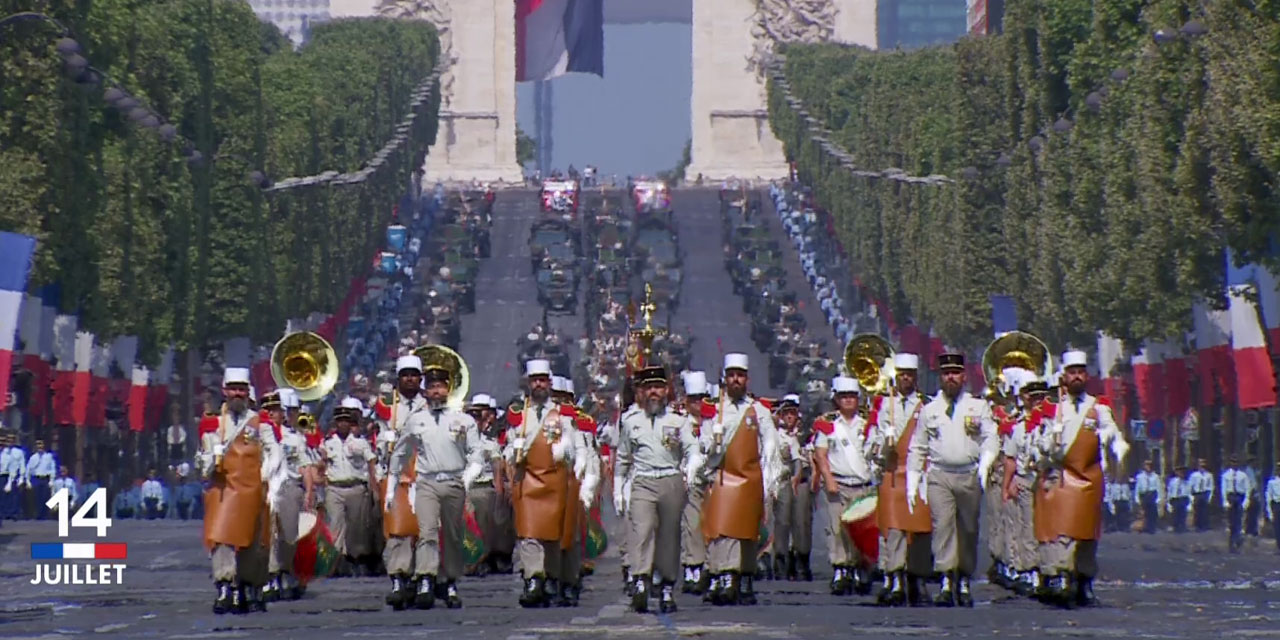 DroneBlocker (WiFi version) has been evaluated during a campaign organized by Air Warfare Center (CEAM) in early 2018.

The French Air Force has also selected DroneBlocker again to reinforce its Air Defence system during the ceremony of July 14, 2018 on the Champs Elysées and la Concorde. 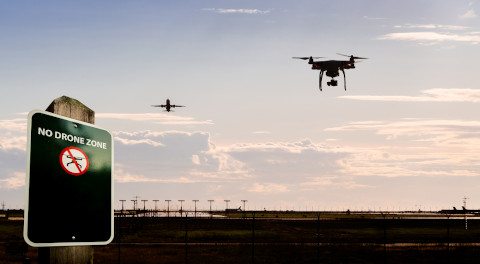 Numerous evaluations were carried out in 2018 for prospects in their research of CUAS solution, in the national territory and overseas. Given the sensitivity of the anti-UAV subject, their name won’t be disclosed.

The sites to be protected are intended to host public events, sports events, or dedicated  to industrial or sensitives activites, and transportation infrastructures such airports.

ROBOOST participated to the first Anti Drone International workshop in Avignon on November 7th and 8th, 2017 related to detection, identification and anti UAV technologies, and was present again during the second international seminar on UAVs and sensitive sites in Avignon on October 3rd and 4th, 2018.

This operation was conducted in partnership with Thales and ADP. 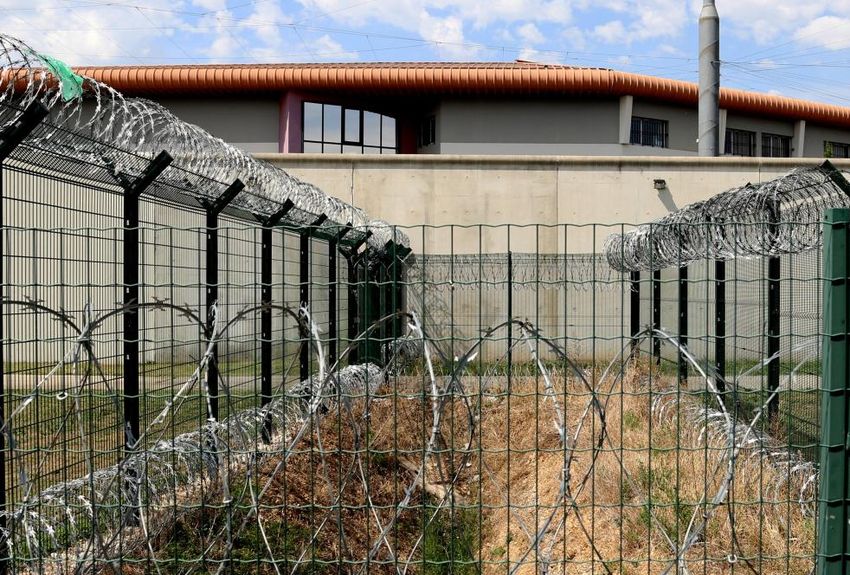 DroneBlocker has been deployed at Le Bourget, during the ceremony on July 14, 2017, as well as on two penitentiary infrastructures.

DroneBlocker (WiFi version) is finalized since mid 2016. In 2017, the system has been operated during major events in its deployable version, and as a fixed version to protect sensitive sites.

The French Air Force selected DroneBlocker to reinforce its Air Defence system during the Paris Air Show with the implementation of two systems and also during the ceremony of July 14th on the Champs Elysées and the Concorde, with the deployment of one system. These systems have been implemented by BYBLOS Group, TRUSTCOMS and ROBOOST staff (under the commandment of the Air Force), integrated as part of the protection system deployed by the French Air Force.

These references are essential for ROBOOST, because these Client /Partners have appropriated the systems, and benefit from an important operational RETEX as well as ROBOOST which supports them to ensure the success of their missions and their operational concepts.

Other ministries and operational entities are preparing similar operations

See the Documentary “Complement d’enquete” on French TV (France2) showing the use of DroneBlocker in Lille-Sequedin prison.

Consortia piloted by ROBOOST retained in AMI 2 & 3, and 4 by SGDSN